Based in Stockton, CA, Mike Mayo is Vice President and General Manager of PRISM Logistics, responsible for all of the company operations.  Mike got an early start in the logistics industry, by enrolling in a High School work program at a wholesale food operation.  His in-depth immersion came during his service as a ‘Freight Traffic Specialist,’ for the United States Air Force.  He quickly learned that without effective, efficient logistics, the military would grind to a halt.  In 1983, after his military service, Mike took a job at a local 3PL company and proved his value and knowledge of the industry, to Jere Van Puffelen and Paul Van de Roovaart, quickly moving up through the ranks to Director of Operations. In 1990 Mike became General Manager for a 3PL in Arkansas.  Mike reunited with Jere and Paul in 2000 becoming the Director of Operations for PRISM Logistics, later being promoted to Vice President of Operations, and then Vice President and General Manager.  Mike became one of the shareholders of the company when Paul retired in November 2014. 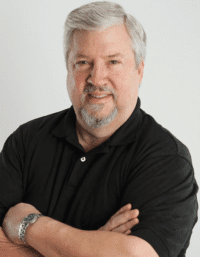 Chairman of the Board

Past Chairman of the International Warehousing & Logistics Association (IWLA) and co-founder/past president of the Distribution Centers of America (DCA),…

Zech Van Puffelen was inducted to warehouse logistics early in life:  Weekends and summers away from school filled with sweeping,…

Certified Logistics Professional  (CLP) Jeremy Van Puffelen learned the logistics business from the ground up: he joined PRISM as a…